The plan that won first prize contained two other ’cubes’, forming characteristically closed units, but only the material project has been built.

The mass of the Informatics Department that reminds us of a block-like shape has been constructed of the intersection of the functional areas and the intermediate spaces, respecting the aspect of designing a closed unit. The core of the configuration is the aula built on the internal pedestrian axis. On the east side departmental wings, on the west side classrooms are connecting to the space of the aula, that are linked at the end using virtual or functional bridge or beam elements. The auditoriums are getting into the intermediate area built on the logic of intersections. The space of the large auditorium slides under the ground making the easter inner garden airier. On the western sidem the the auditoriums placed one above the other are intentionally tightened into the space.

The intention of both the architect and the customer was to establish an open building. This is not against the closed mass design, moreover the separation the negative and positive masses intensify this effect. The ability to see through and out is the presence of light at the same time. The light shines through the building, the white or light surfaces belong to the reflective light effects. That intention dominates in the auditoriums, the inner and intermediate spaces, and the aisleways. The spatial translation of the small auditoriums is not only an act of shapes, -the light shines in the room from above, from the direction of the inner space. The analysis of orienting and shading made it possible for the function that usually likes darker spaces and the openness created by the existence of light to coexist. 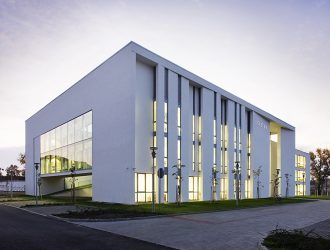 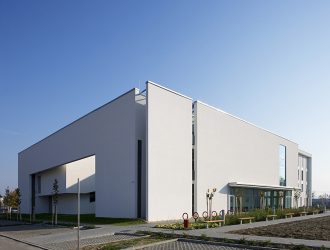 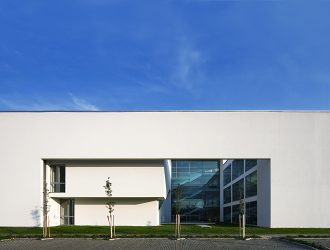 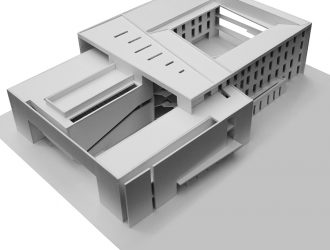 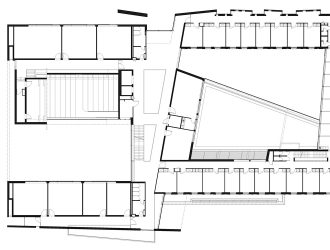 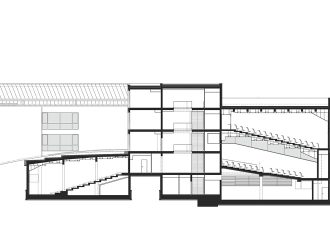 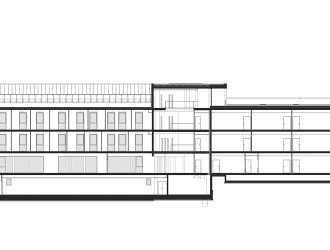