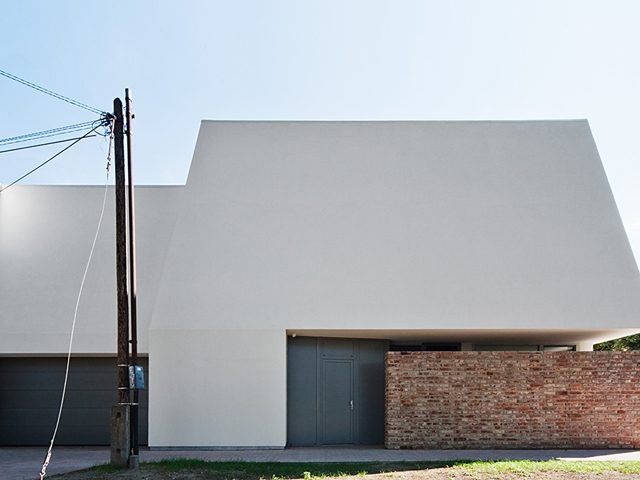 I bought the site the building stands on after a lucky coincidence as a quick decision in 2012.

I’ve walked along the  Ötmalom street every day in the last ten years, always thinking about what a great possibility it would be to design a house here. When I was asked if I wanted to buy the site, I had less than a day to give an answer. Normally I make rational decisions, but this time I let my emotions decide.

The corner site is in the old part of Debrecen, in Ötmalom utca (Five Mills Street).  Opposite the site there used to be five dry mills. The old buildings, which are still present today, consist of small structures that are all built of brick. Buildings were traditionally built from brick, with tiled roofs.

On the two corner plots one characteristic brick boundary was visible. We took this and the brick culture as a starting point. According to the basic concept, the town consists of layers: cultural, architectural and material. We wanted to show the existing layering and create a new one. The building is about this: a new layer built above the brick culture.

When the building started, we collected the bricks from the old demolished building on the site, all of which we used for the construction. This was a good feeling, because we didn’t throw away anything. The materials continue to live in their own place. 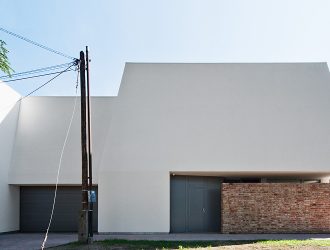 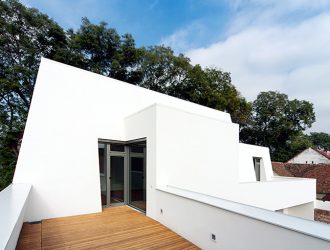 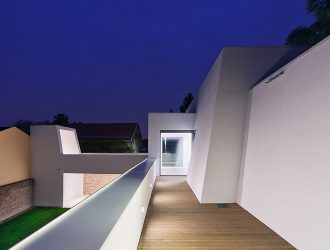 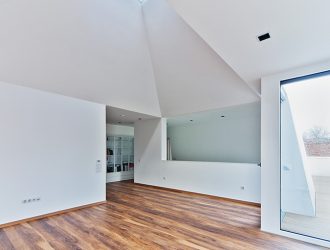 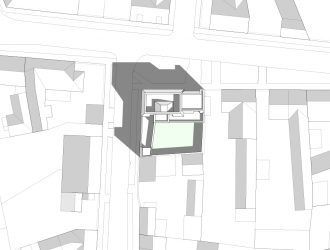 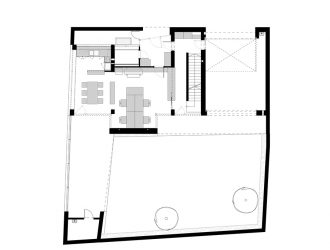 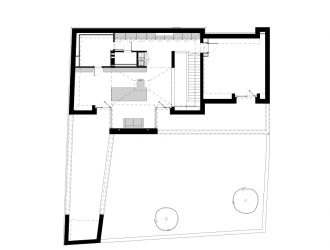 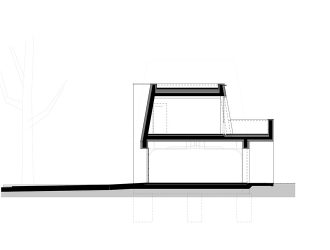 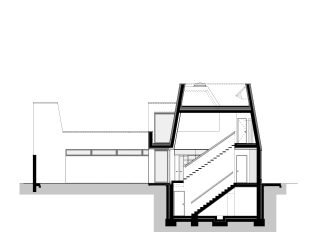