The location is the suburbs of Debrecen, where three lots have been joined. The point of the concept is a three-divisional building where in the middle section the internal, external and transitional areas are transparently grouped together. This middle connecting part is the ’living room’ zone. Not aseptically configured, but to the south are the children’s room, the bedroom and the bathroom zone, to the north the kitchen related to work, the library and the workroom can be found. The three sections remind us of the three original lots with the former buildings on them. The old villas of Debrecen were characteristic of the three-divisional organization, the central hall, and the symmetry. In this case also the central, two-story spatial system is organizing force, that’s ending is the pool. The design of the building has been defined by one more intention of the architect, that’s result is the total closeness in the direction of the street, and the total openness to the garden. When I talk about the garden, I include the patio of the central space division. The aim was the formal cleanness, the use of simple, white rendered walls. The light is beautifully relfected by these walls, which then gets into the internal areas too. 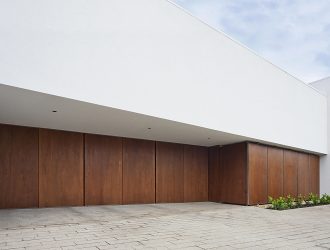 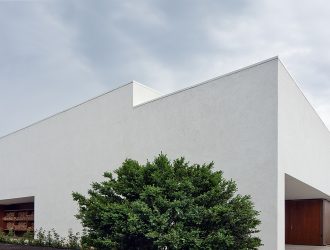 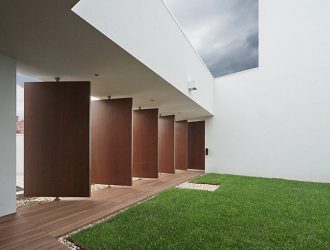 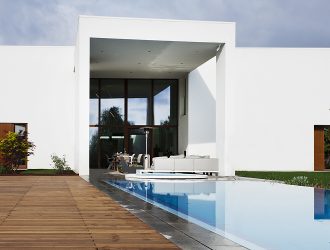 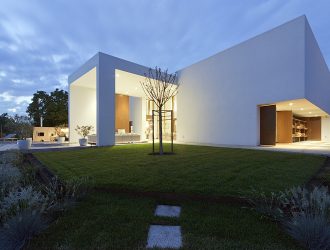 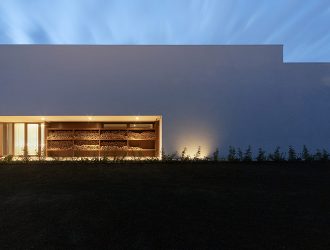 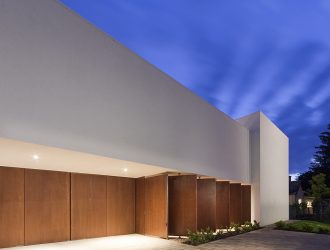 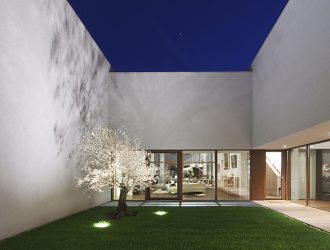 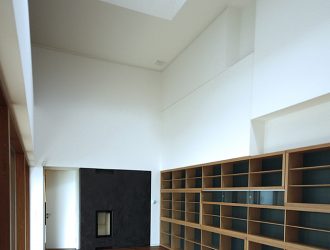 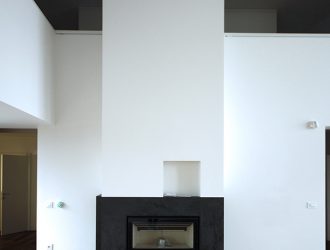 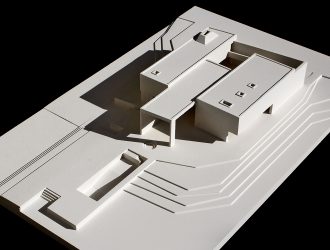 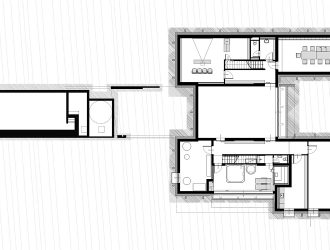 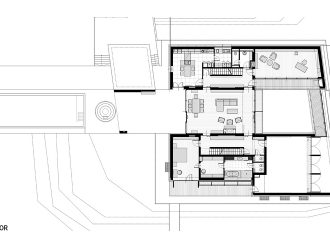 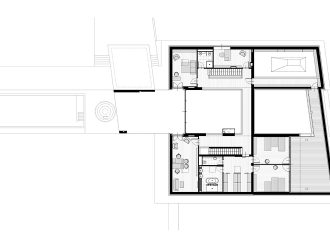 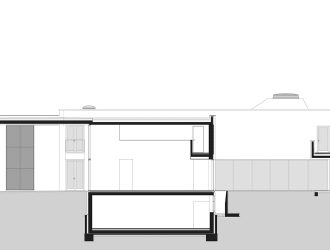 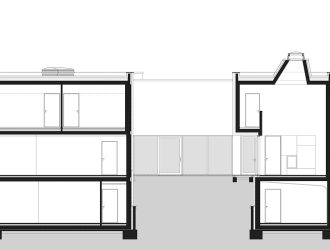