The building is designed in the concept of the distinction of the buildings connected to the environment and function and the ’music box’ hided between them. The box expression is appropriate also because the tipology of the concert halls is based on the recently popular ’shoebox concert hall’ design principle. The concert hall has 700 seats, 212 are placed in the gallery, 488 in the auditorium. Filling of the auditorium happens on the 1st and 2nd floors from the direction of the lobby. The multifunctional rehearsal room with the inner height of 3 floors is also connected to the 1st floor, which can be rearranged as a chamber hall, or juvenile concert hall in several different forms.
The philosophy of the building is that the urban pedestrian spaces flow into the building. In front of and near the ’music box’ – that is distinguishable materially and in spatial positioning – the areas have either public or semi-public function depending on the intention. The visual connection of the urban pedestrian space and the aula area in case of a concert was important to us. 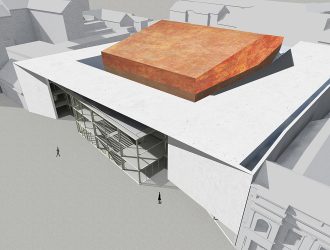 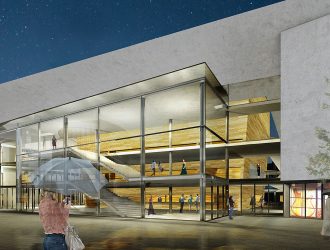 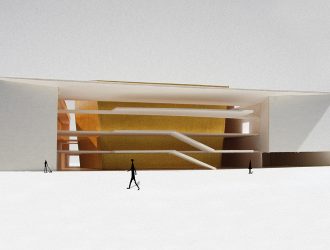 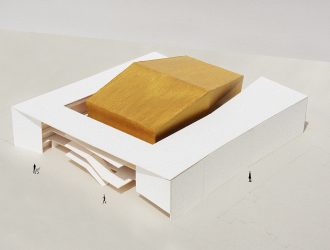 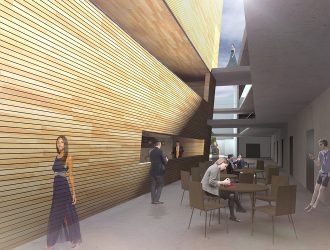 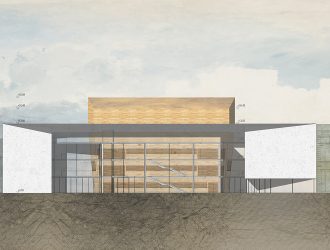 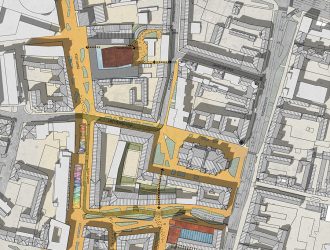 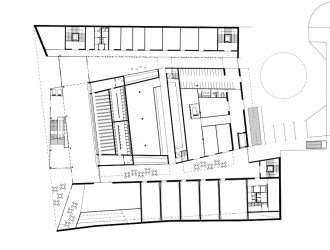 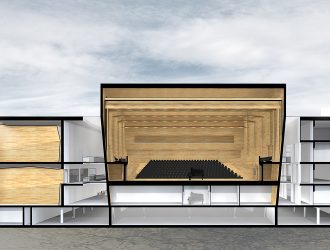 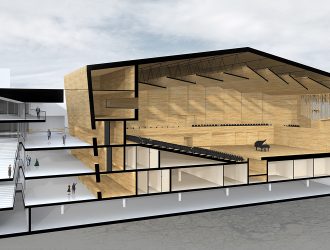